Budapest has a little bit of everything – culture, history, architecture… and traditional Hungarian food. This variety is also evident in the Budapest street food scene, which is sold (cheaply) around the city. For those not on a budget trip, Hungarian food, as well as every other type imaginable, can be found in many of Budapest’s restaurants.

Amongst the many things to do in Budapest, eating your way around the city should certainly be top of the list. In my opinion (Evan from Pretty Wild World), Budapest is a great choice for foodies so here’s my guide – Budapest restaurants: where and what to eat.

Internationally renowned Hungarian dishes include gulyás (goulash) and csirke papriká (chicken paprikash) but the lesser-known dish of lecsó (ratatouille) is not to be bypassed.

These local meals are available in almost every Hungarian restaurant in Budapest and beyond. Hungarian families tend to eat the largest of the three daily meals at lunch and Gemma and Craig had the first-hand experience of this while volunteering in Hungary through Workaway.

Sit down meals are less practical for travellers who move through the city quickly or for those who are on weekend breaks, prioritising most of their time visiting Pest’s top attractions.

Street food is just as popular in the Hungarian capital as in any other metropolis. Street food is a great alternative not only for busy locals but backpackers and budget holiday hunters as well.

For breakfast, pastry shops or bakery counters have countless options on offer, among them the famous kakaóscsiga (cocoa rolls) or the pogácsa (cheese scones).

For a quick lunch or daytime meal, here are a few local favourites.

Lately, people in Budapest have developed a crush for leves (soup). There are countless options to choose from and these modern soup specialities are usually less fatty than traditional Hungarian meals. Craig loves Hungary’s sour cherry soup, Meggyleves.

» You may also like: Where to stay in Budapest 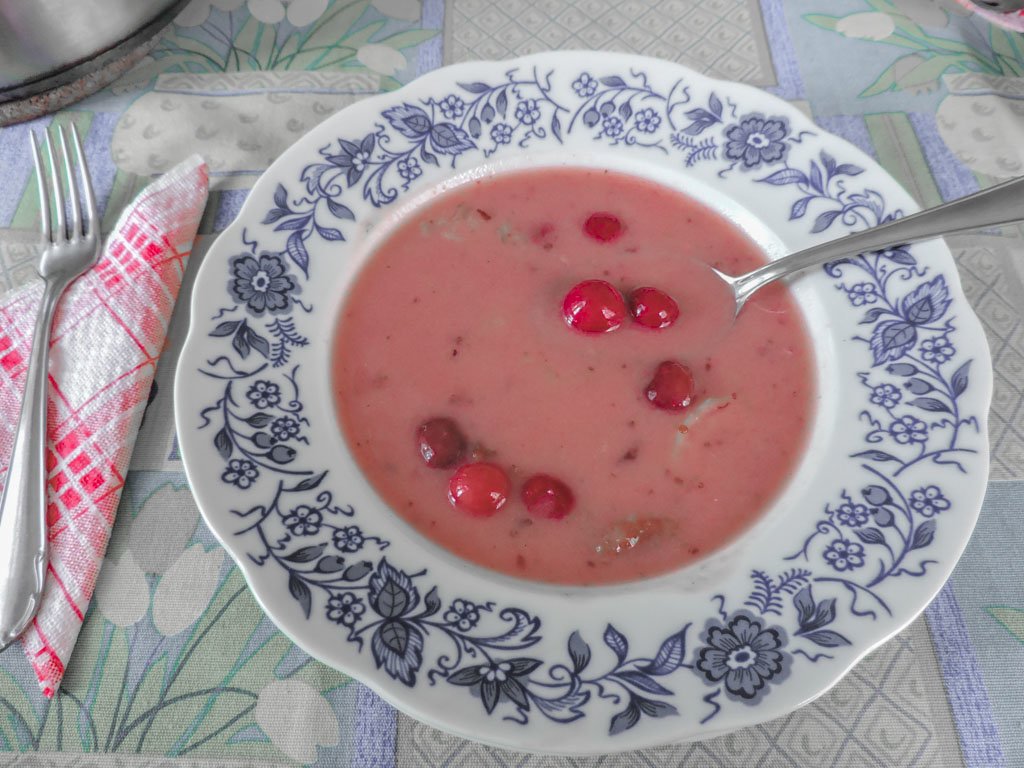 You must have heard of Hungary’s most popular meal, gulyás (goulash)! Many Eastern European and Baltic countries have their own local goulash dish.

However, gulyás which is a savoury soup or stew laden with potatoes, meat, and vegetables then seasoned with Hungarian paprika, originated from Hungary.

On some occasions, you will find “noodles” (rolled out dough) in the stew. This particular Hungarian dish is best consumed during the winter months when it is freezing outside, and all you want is a nice hearty dish to keep you warm.

Come back and tell us where you had the best goulash!

Lángos is a traditional Hungarian street food which was insanely popular on seaside resorts, in particular on the beaches of the Lake Balaton. Warning, Lángos is a challenging eat!

Flatbread is filled with sour cream and cheese is grated on top, it fills one up thanks to the rich pastry and the hearty topping. This is Gemma’s favourite Hungarian food!

We actually ate Lángos is Vienna too, here’s our 3-day guide

Despite originating from Transylvanian, the Hungarians have claimed this sweet pastry snack. The chimney cake is rolled in sugar and different flavours such as almond, coconut or chocolate. Kürtőskalács is a lovely winter dessert, accompanied by mulled wine of course! 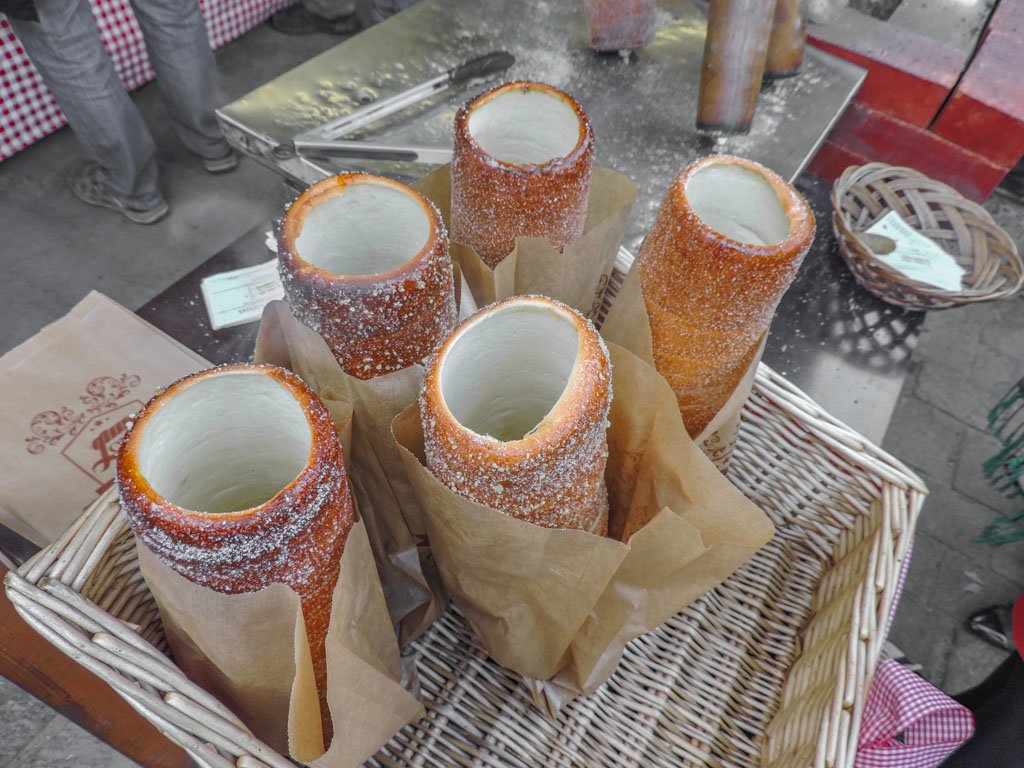 Budapest Restaurants – Where to avoid

Even as one of the underrated European cities, Budapest does have its tourist traps.

To work out which of Budapest’s restaurants are aimed at the stag (bachelor) parties and not the foodies like us check to see if they serve pizza on their ‘Hungarian’ menu that is one indication that that restaurant is a big no-no.

If you do one thing in Budapest…

If you visit Budapest, be sure to visit the Great Market Hall where you can find different sorts of Hungarian street food delicacies. It is nearly on par with a Hungarian Grandma cooking for you!

Otherwise, if you are up for a heavier meal, a restaurant called Belvarosi Disznótoros (Király u. 1d, 1075) is the place to dine. One of the best Budapest restaurants, loved by locals as it serves great food.

If you’re feeling fancy, there are a lot of fantastic, yet expensive, restaurants near St. Stephen’s Basilica for you to fork out your Forints for.

One other thing you should do is leave Budapest, like many European cities as you migrate out of the capital prices drop and local authenticity increases. Here are Budapest’s best day trips; you can try lángos at the beach like the locals! 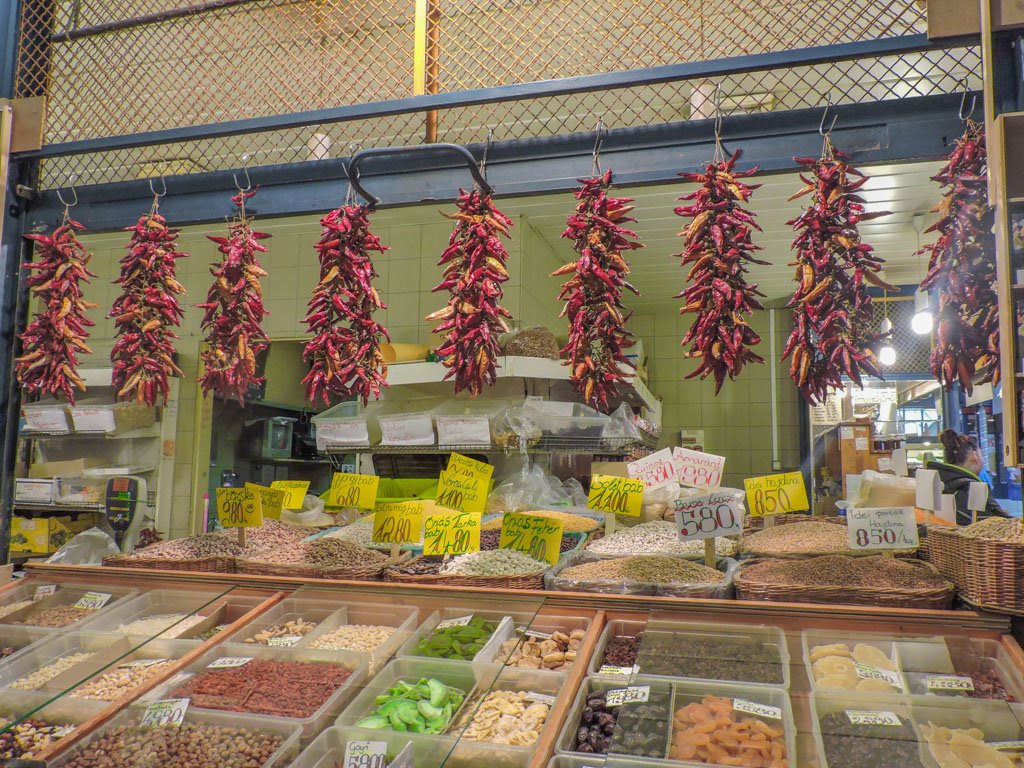 If feeding the brain as well as the belly is top of your itinerary check out this review of Taste Hungary’s Budapest food tour.

With Taste Hungary you will tour the local Hungarian haunts with a native guide who will ensure that you will never be hungry in Hungary and then end the trip with Hungarian wine, mmm Bull’s blood!

You may also like our Christmas guide to Budapest.

Planning a trip to Hungary?
Hover over image and pin to your board. 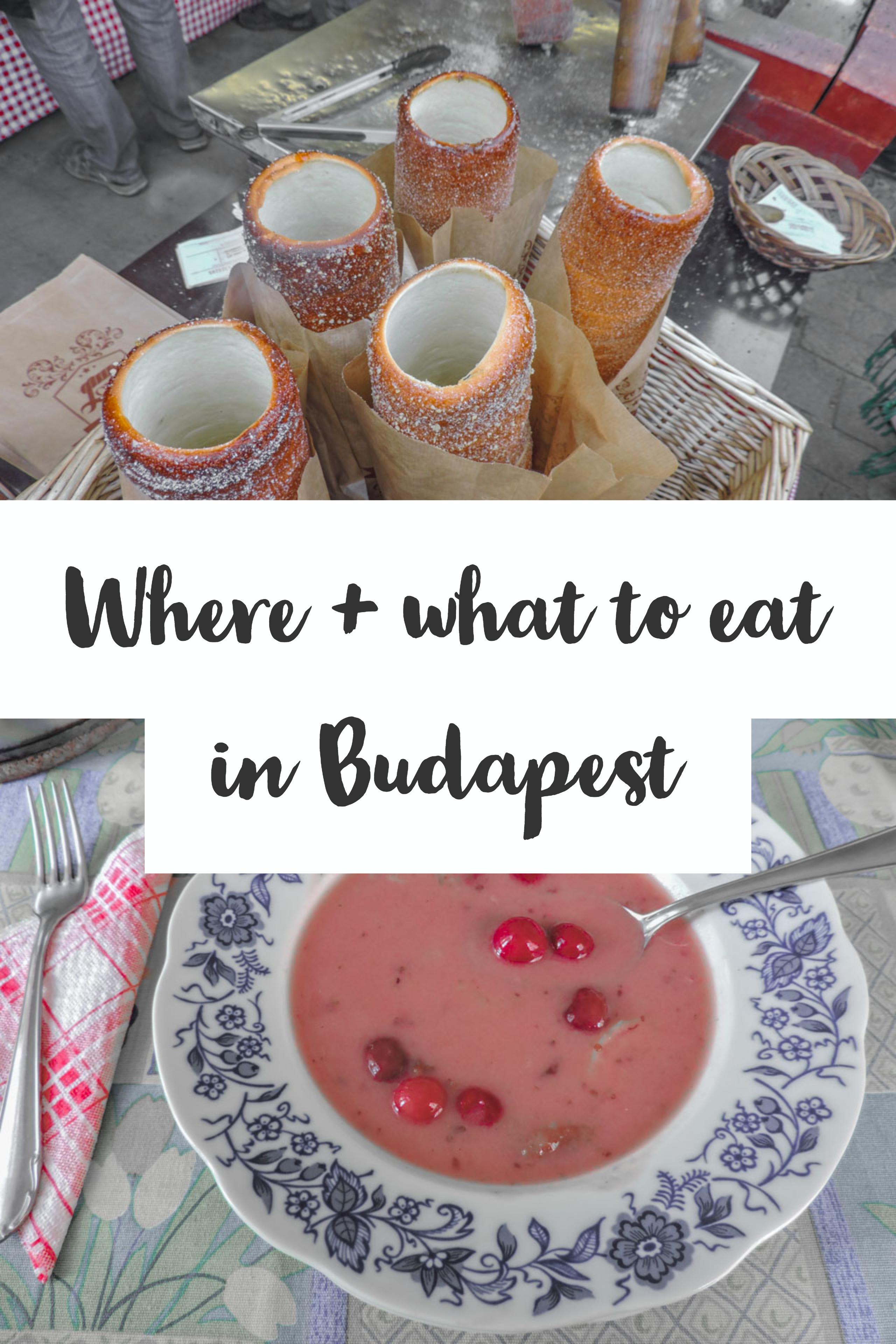 Over to you, where and what have we missed?

Evan Kristine runs a visual travel blog called Pretty Wild World where she writes about awesome destinations, culinary adventures, and travel stories with an aim to inspire travel enthusiast to get out there and explore the world. You can find her on Twitter, Facebook, Instagram, and Pinterest!

12 thoughts on “Budapest Restaurants: Where and What to Eat”