Bagging. The art of successfully conquering or collecting things in Scotland. Many visitors to Scotland bag Munros (mountains), historic castles and even islands so bagging a man in a kilt is not that far off! Never mind Nessie hunting, if you’re looking to find sexy men in kilts, here’s the guide on how to meet one in Scotland.

Note: This is a light-hearted guide on where to meet men in traditional Scottish outfits.

How to Meet Sexy Men in Kilts in Scotland

An exclusive way to meet a man in a kilt in Scotland is by attending a Scottish wedding.

However, many locals do dust off the family clan kilt for special occasions like weddings.

Scottish kilts tend to be worn by the wedding party, cross the groom off your list, but some guests do too.

The tartan kilt is teamed up with a shirt, heavy wool jacket, socks, shoes, a belt and an angry-looking purse called a sporran.

Fortunately for all the wedding guests, the sporran, coupled with a kilt pin, keep the skirt down. Scotland can be windy!

So what do men wear under kilts?

According to the Scott’s porridge oats advert, The Hound actor (yes, it’s the freaking Hound), Rory McCann, wears… a sporran which is confusing because that normally goes on top of the kilt.

Do Scottish men layer a sporran then a kilt then add another sporran on top for security like some kind of chastity sporran sandwich?

Since many guys actually hire a kilt they wear boxers because, well I’ll let you figure that one out.

Others go boxer free and let it all hang loose.

I know I don’t need to tell our readers this but for those who need to hear it, it’s not customary to look up a man’s kilt.

Before you start booking flights, it is only fair that I tell our international readers that, with the rise of the trendy tartan skinny suit, wearing a kilt to a wedding is a dying tradition.

A custom made striking St Andrew’s tartan suit is the option my husband, Craig, went for.

He accidentally put the woollen trews in the wash, which made them skinny fit, much to his delight!

Some wedding couples ditch the coloured tartan and opt for a charcoal or black kilt, a modern twist on the traditional wedding kilt.

→ Bonus tip: Attend a wedding fair. Kilted male models show married couples-to-be what they are missing out on.

» You may also like | the best Scotland Outlander tours + locations 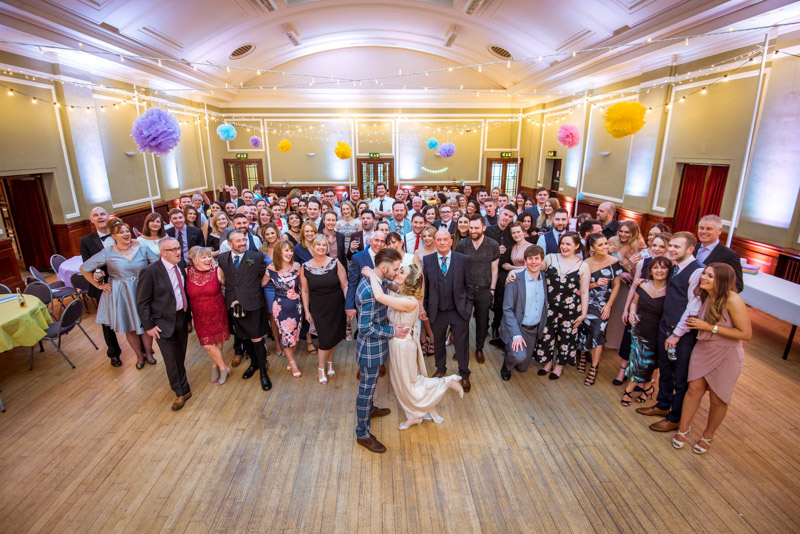 So I get that a wedding invite is a tough gig to pull off during your whirlwind tour of Scotland but don’t stress, there are more accessible parties.

Ceilidhs are heart-racing, sweat-inducing events which involve lots of touching and swinging, and yes, you swap partners.

Ceilidh dances involve getting up close and personal as you stomp out a Dashing White Sergeant or coorie (cuddle) in for a rendition of the St Bernard Waltz.

The best part about ceilidhs?

You can fly solo and meet your kilted future husband-to-be on the dance floor.

You also don’t need to know how to dance as the instructors teach you.

» Read more: How to spend one day in Glasgow 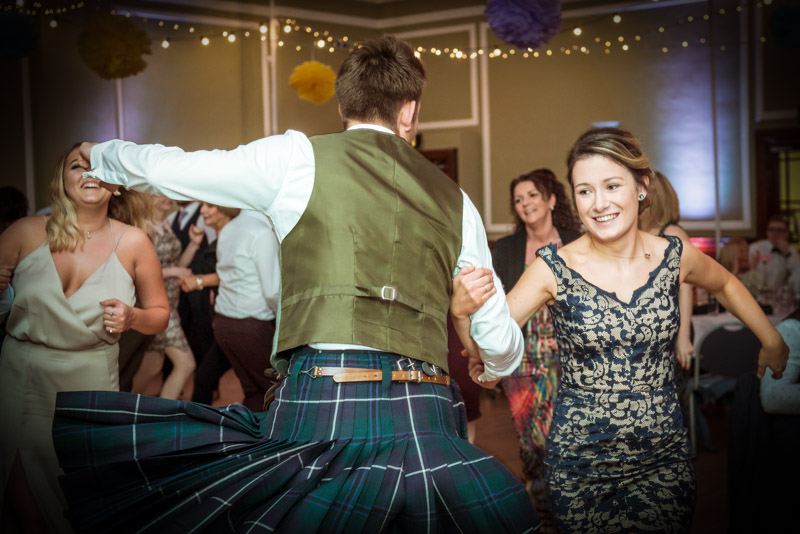 Not into partying? Don’t worry!

If you know your ruck from your scrum then you have increased your chances of meeting a man in a kilt.

Many of the Scotland Rugby fans attend games at Murrayfield, Edinburgh in kilts matched with rugby tops.

This is a less formal way of meeting a Scot in a kilt.

Unlucky getting to a game?

Hit the pubs on Queen Street and at the Grassmarket to get to know a less sober Scotsmen.

The Three Sisters, Stramash, The Globe, McSorleys, Malones Irish Bar, the Pear Tree, The Raeburn and the Murrayfield Bar all show rugby games on their TVs. 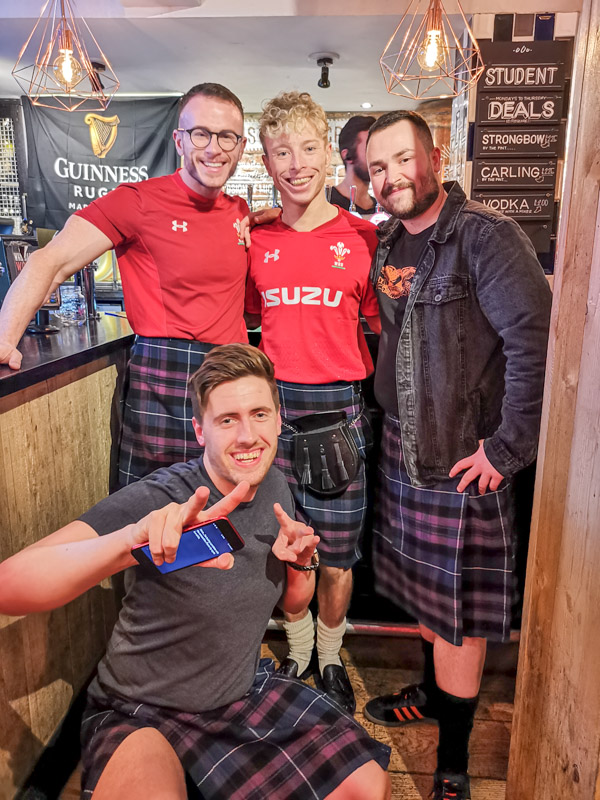 There are many Scottish tour companies that run the most popular and lesser-known trips around Caledonia but only a few are often hosted by a guide in a kilt.

Rabbies, Highland Explorer and Haggis Adventures lads and lassies lead visitors through the glens and over the battlegrounds of Scotland while wearing a kilt.

* we can’t guarantee all tour guides will be dressed in a kilt. 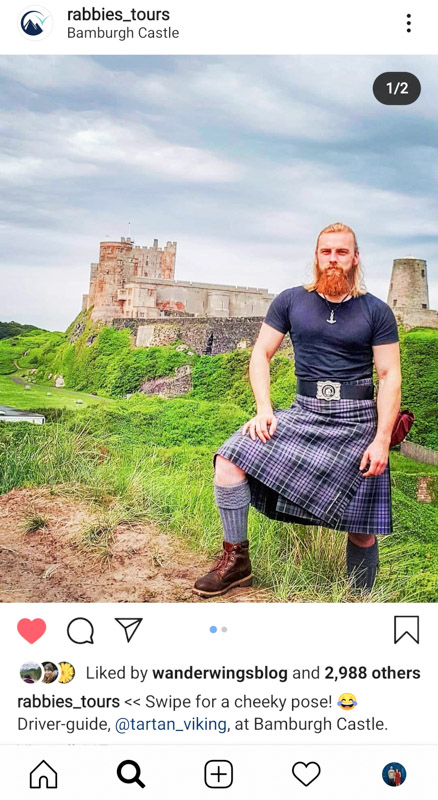 Take a Stroll Up The Royal Mile/Along Princes Street

You won’t find busy locals in kilts on the historic Royal Mile but you will spot a kilted piper.

Trigger warning! Some of the pipers are very young so don’t expect a marriage proposal! They’re just collecting their pocket money.

However, they will usually pose for a picture. 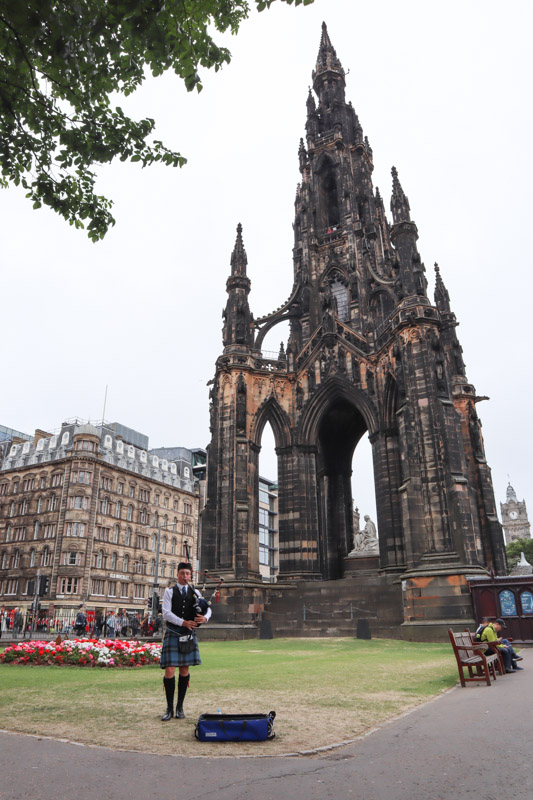 When Is The Best Time To Kilt Bag?

In addition to the above advice, there are six annual events that see more kilts than Braveheart (just).

Throughout the summer months, bigger towns in Scotland host Highland Games days where sportsmen, local pipers and Highland dancers from all over the country perform.

This is a spectator sport. 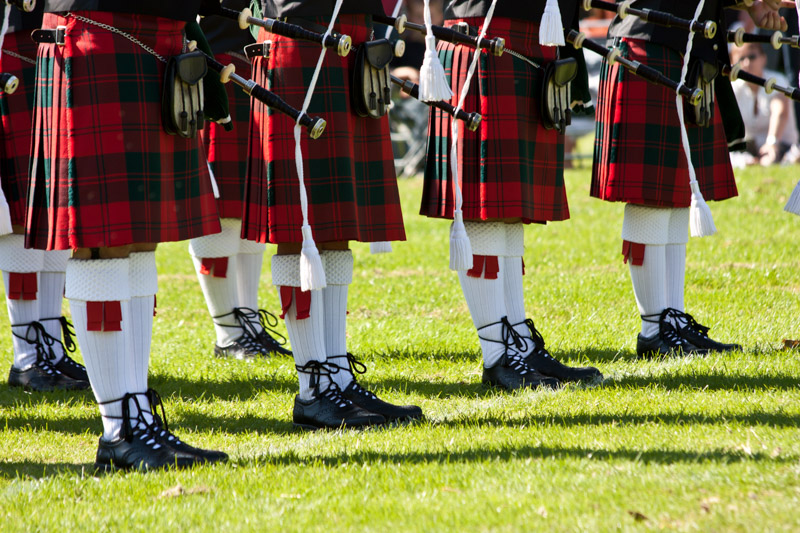 In January, Scotland celebrates Burns Night. Official parties act out the traditional processes such as addressing the haggis.

You are in the stalls, my friend. I don’t want to hear of any interfering with the performers. 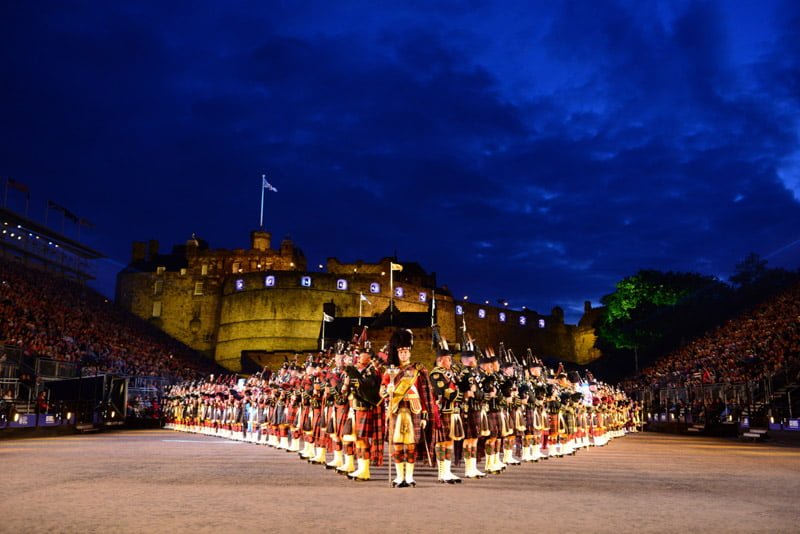 St Andrews Day on November 30th is another opportunity to join a kilted party, but it is less popular than Burns Night.

On the 30th of December, kilted pipe bands lead the masses throughout Edinburgh as individuals hold torches down to Holyrood Park.

It’s dark though so you can’t really see the guys in kilts.

Finally, there is the biggest party of the year, Hogmanay.

On December 31st, party-goers flood the streets of Edinburgh in cosy winter jackets and the occasional kilt!

» Read next | The best gifts from Scotland

Not coming to Scotland soon but still want your fill of a man in a Scottish skirt?

Check out the Perth based YouTubers and personal trainers, The Kilted Coaches (below).

No need to wonder what’s under Stephen and Rab’s kilt, there are plenty of videos where they remove them!

So obviously this a jovial attempt at explaining where the sexy men in kilts hang out.

If you’ve taken this seriously, it’s best you get on board with the banter before you visit! 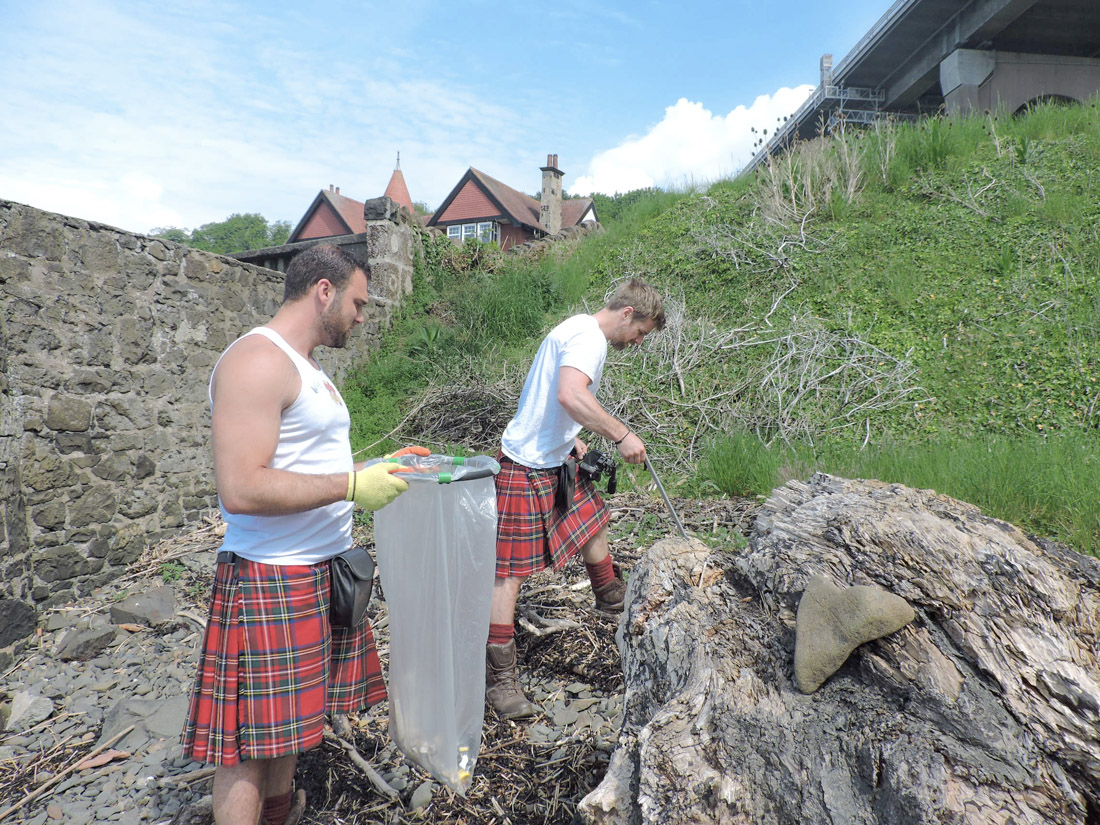 Have a question?
Do leave it below and I’ll get back to you.