You’ve arrived in Nicaragua and let’s face it, there is one thing that you want to do – volcano boarding in León! Here is the lowdown and tips to help make the most of your rapid, heart racing, ride.

Fancy hiking up an active volcano? 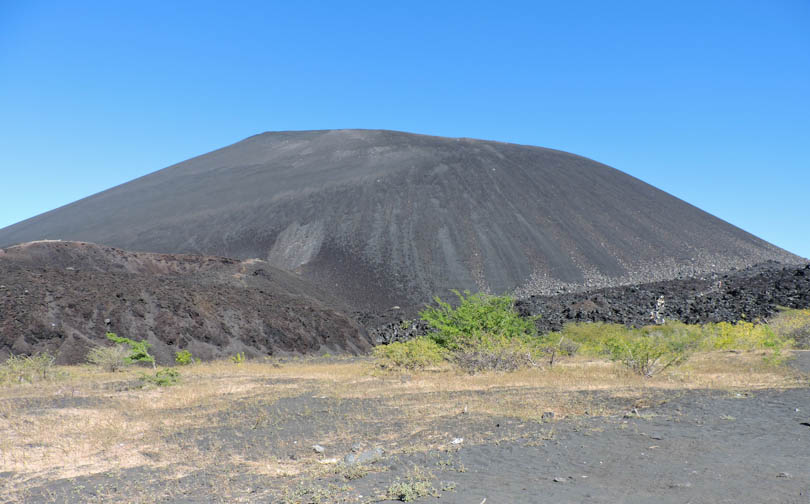 What about boarding down one? 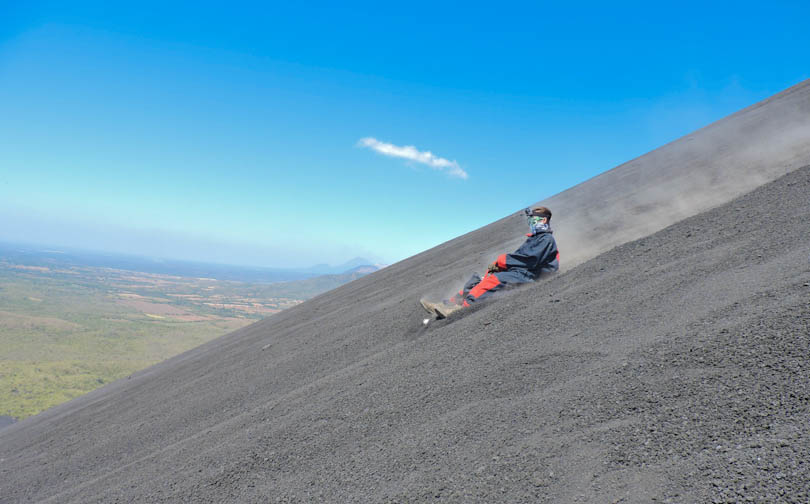 Well you can, welcome to volcano boarding in León,
Nicaragua style!

First thing first, you need to choose a reputable company. There are over seven volcano boarding companies in León, choose wisely. 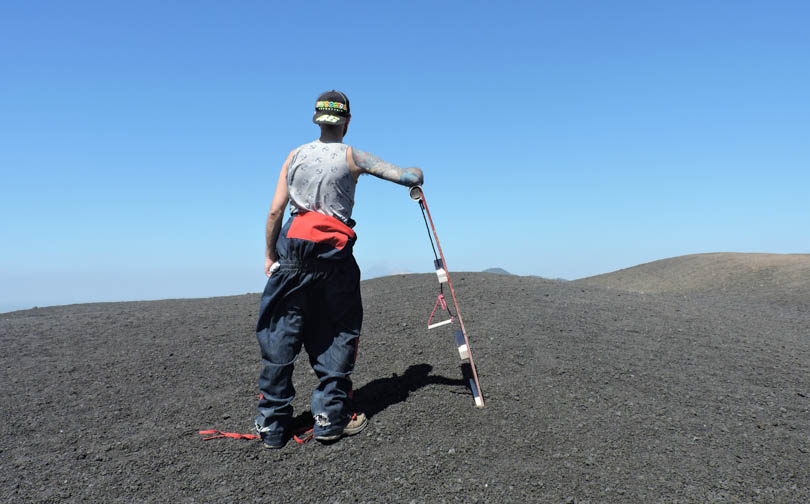 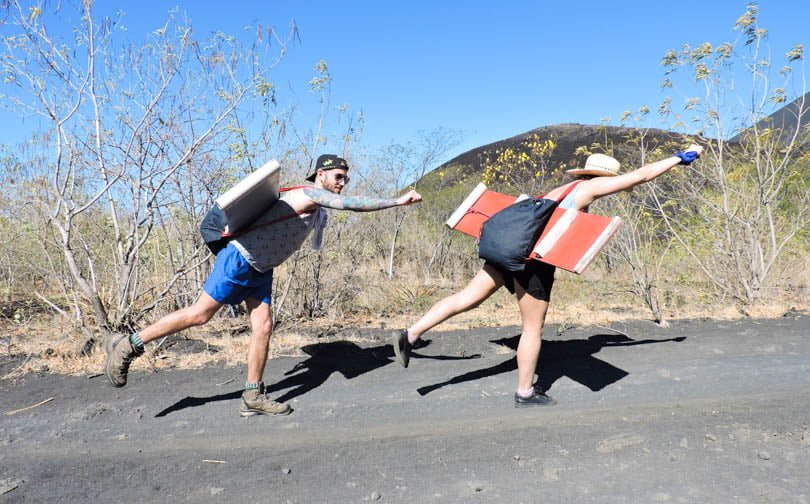 After a short ride (one hour) out of the city of León through the farms which produce potatoes, te de jamaica, peanuts, and sugar canes, you will arrive at Cerro Negro. The roads are pretty bumpy, you can make your own way there and hire boards at the entrance apparently but I wouldn’t put a hire car (or your bank balance!) through that punishment.

Next ,you will sign up at the registry office, you can use the toilets and buy some snacks, water, and juice too.

Naturally to board down the volcano you need to get up there so it’s hike time. Make sure you have plenty of water for the easy to medium one hour hike ahead. The views are spectacular, especially the contrasting green vegetation and black ash rocks.

Don’t worry, you are not expected to wear the gear whilst hiking Central America’s youngest volcano! 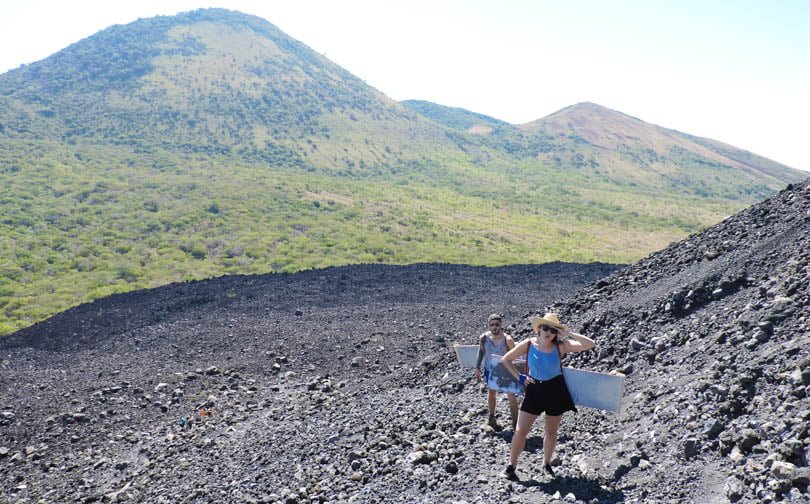 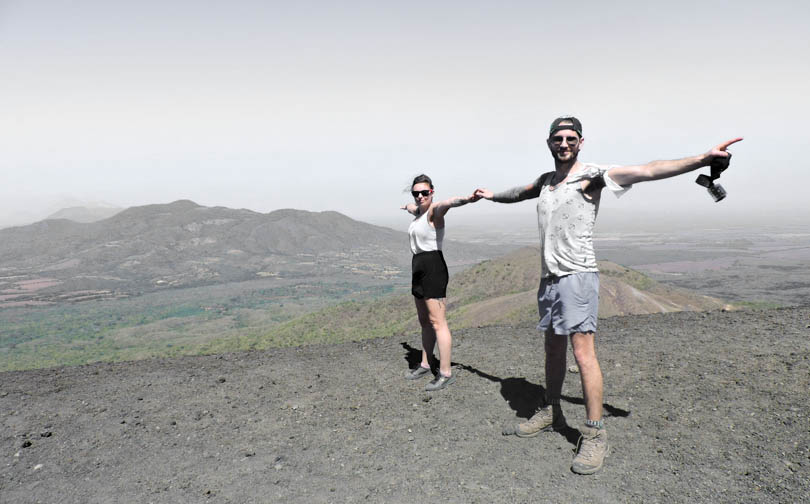 Then it’s butterflies in the your belly time! Get kitted up and ready for the ride. Your company should inform you of the following to ensure volcano boarding safety 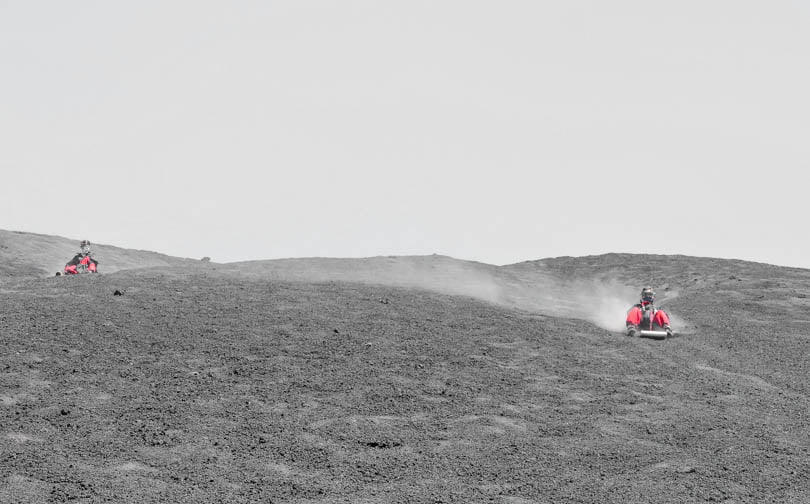 I was going faster than Craig at the beginning…claims he waited behind to get a shot of me on the action cam. Judge for yourself on the video. 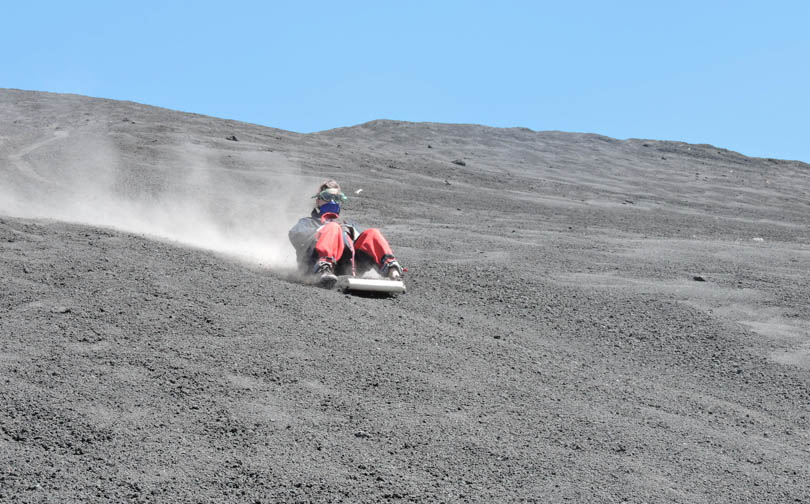 Then he took over, naturally! Estimated speed 55mph, some companies will test your speed and put you up against each other if that’s your bag!

On the Big Screen!

Volcano Boarding – What to Wear

Volcano Boarding – What to Pack

Three weeks later Cerro Negro was closed to volcano boarding in Leon due to the adjacent volcano waking from its 100 year sleep. It apparently ejected rocks and ash 7000ft into the sky! Pretty exciting eh?…but kind of glad we missed it!

Have you been volcano boarding?

10 thoughts on “Brave Enough to go Volcano Boarding in Leon?”