There is much more to food in Bosnia and Herzegovina than ćevapčići (local meat sausages), sarma (stuffed sour cabbage) and ajvar (eggplant and pepper spread)! This guide to Bosnian dishes details the lesser-known food items that locals enjoy so you confidently choose from the menu or even try to make at home yourself.

I’m Aida and I run Balkan Lunch Box, a food blog about the art of Balkan cuisine. My time is divided between Sarajevo and Washington DC.

Bosnian Dishes You Must Try

The Balkan and Bosnian equivalent of  the saying “an apple a day…” is “each day one should eat something with a spoon.”

This ingrained belief supports the widespread consumption of soups and stews which often appears at the start of a meal.

Bosanski lonac, aka Bosnian pot, is one such beloved stew named after the type of a clay pot it was traditionally made in.

It consists of one or two varieties of meat (lamb and veal for example), plus many vegetables (carrots, onion, Romano beans, tomatoes, potatoes and more) simmered together on a low fire for hours.

In a way, the dish is symbolic of the Bosnian past (the dish was invented by miners, as Bosnia was a mining country), and of its present and future (it’s a mix of many traditions and people).

Local tip: the best place to get stews such as bosanski lonac is in a type of eatery called “aščinca” so be on the lookout for them while visiting.

Another popular dish is a veal stew called teleća čorba.

Čorbas are mostly thicker than soups but lighter than stews.

Teleća čorba is the stew of choice for most because veal is popular in the region, and the stew itself is hearty.

It consists of chunks of meat, carrots and potatoes that have also been simmering for hours in a big pot.

Since these types of stew dishes are normally made for the masses (similar to the food prepared in the army), they are hard to  replicate in smaller quantities.

This is why you’ll usually find the best veal stew in a local dive bar.

Local tip: with a quality piece of bread, good teleća čorba is a meal in itself. 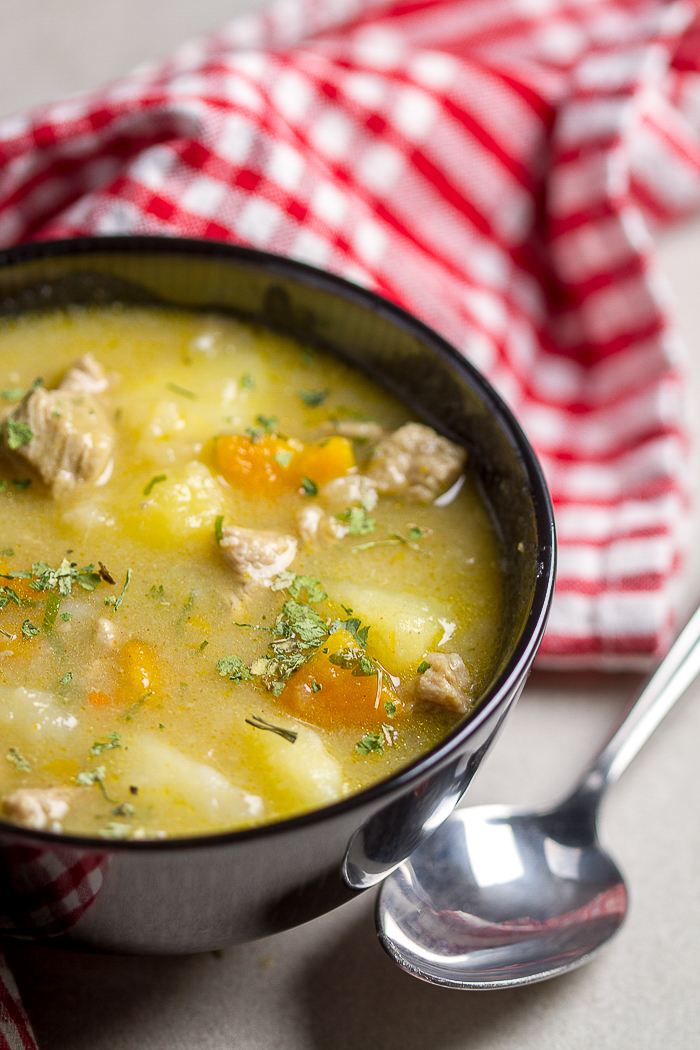 Baklava is certainly the best known dessert in the region.

However, don’t miss out on a similar, even prettier delicacy, called ružice (little roses) or đul-pita (rose pie).

Ružice are prepared with the same ingredients as Bosnian baklava such as phyllo dough, walnuts, simple syrup and lemon.

Yet, the layering method for ružice is differs as they are rolled up and cut perpendicularly.

This allows for each delicious walnut and syrup saturated round to resemble a small rose.

Like a good baklava, you’ll only need one or two ružice to appease your appetite, and they are best consumed along a cup of the local coffee.

Local tip: you’ll recognize a true Bosnian baklava, ružice or a similar dessert by the generous, and sole, use of walnuts. No other nuts are traditionally used.

What would a list of best dishes be without at least one really fun one?

In our case this is kljukuša, aka the hash brown pie.

Its batter consists of flour, grated potatoes and onions.

The result is a golden brown pie that’s broken into pieces and generously topped with a garnish of yogurt and garlic.

Local tip: kljukuša has a lot of names and variations, so make sure to specify the one you’re asking for. 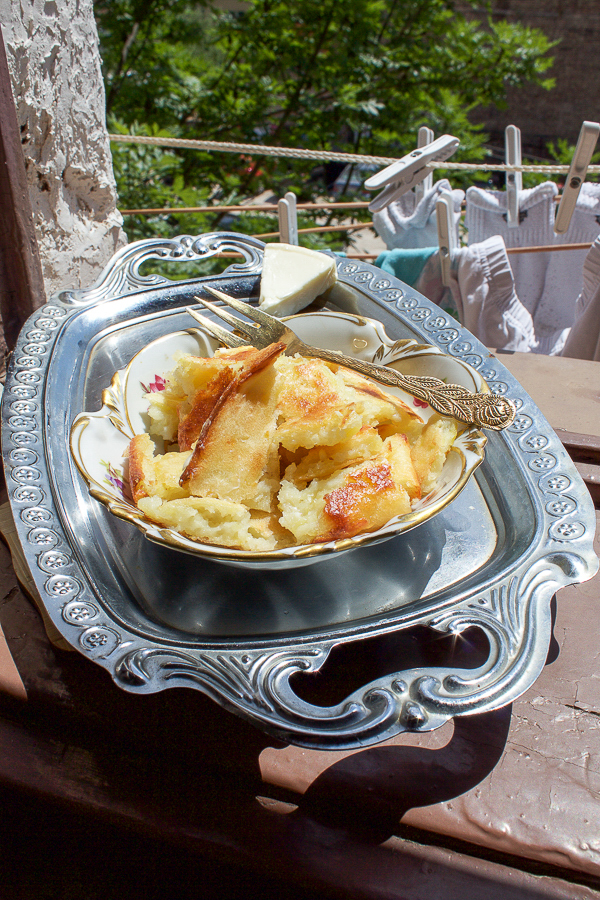 Somun is a type of a very soft flatbread that in looks resembles pita bread.

It’s round and about 10-15 inches in diameter, with a checkered pattern pressed into the top, sprinkled with black cumin (caraway) seeds.

Somun is great for sandwiches, delicious when stuffed with ćevapčići or served as a side bread.

However, somun is at its tastiest served on its own with a big dollop of kajmak (local clotted cheese).

Like authentic pizza, somun is hard to recreate at home as it requires a brick oven and lots of patience.

Depending on location, somun is also called lepinja, although Sarajevans swear there exists only one, somun.

Local tip: the best somuns are found in bakeries during the Muslim fasting month of Ramadan, one hour before sunset. 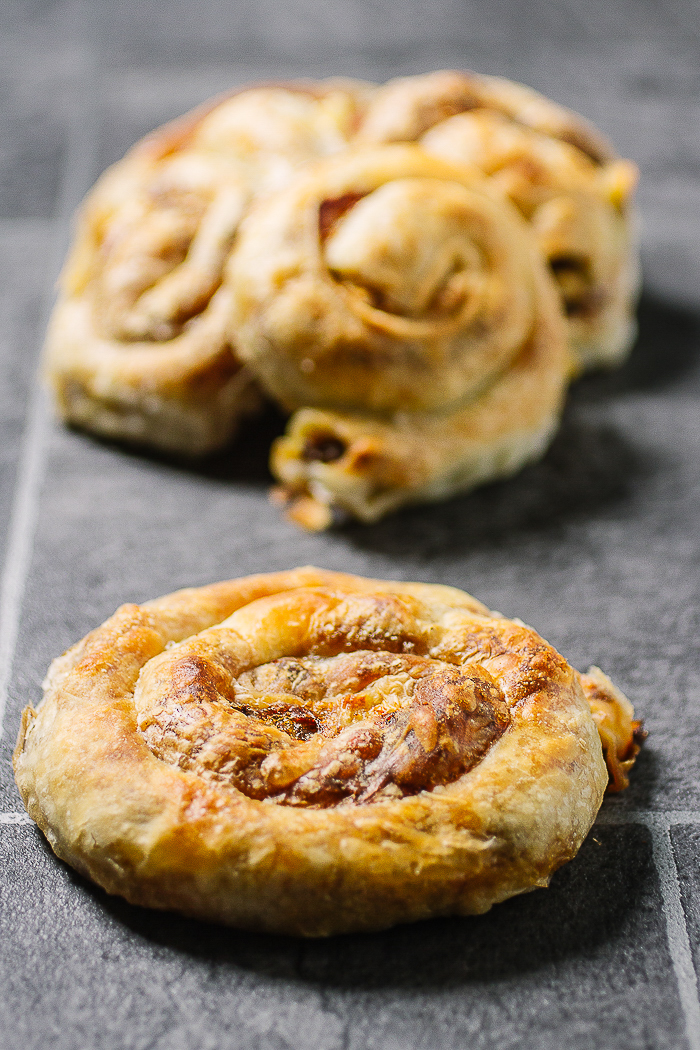 If you thought crepes are a predominately French thing you’re in for a big surprise.

People all around Eastern Europe and the Balkans have been devouring these delicate and lacy pancakes forever.

Here they’re called palačinke, and are on the menu of every food establishment, from takeouts to high-end restaurants.

Palačinke are not only a dessert in Bosnia and Herzegovina, they are also transformed into savory dishes stuffed with vegetables, meat and cheese, and are sometimes deep fried or baked.

Local tip: when ordering Nutella stuffed palačinke, make sure to ask for real Nutella, as sometimes you’ll get regional knockoffs of this hazelnut chocolate spread. 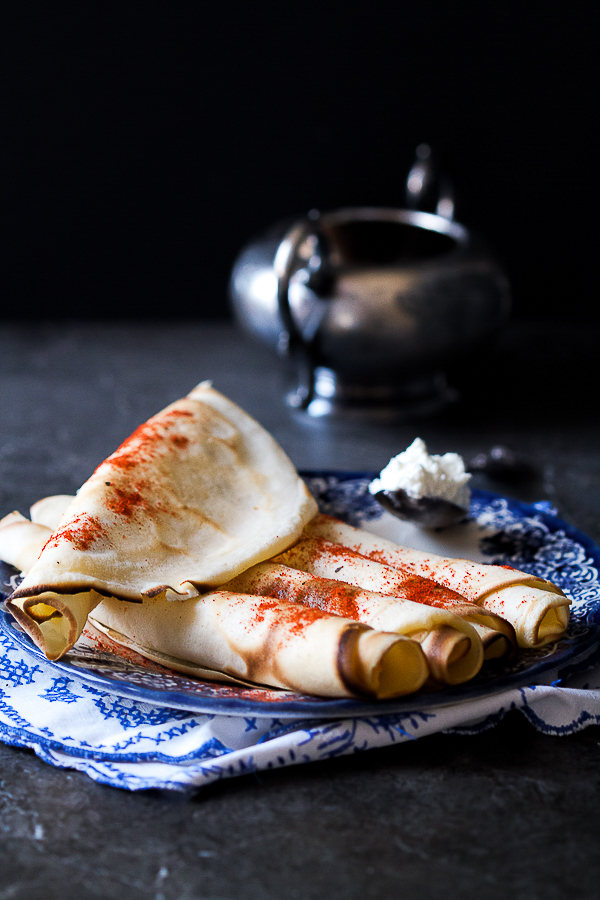 Just think of uštipci as your everyday savory donuts.

These fried mini breads are made by deep frying yogurt-based dough, yet they somehow taste much better than the preparation method should allow them to.

Uštipci are found under the appetizer section of most menus.

They’re even better than local bread, and many establishments allow for a swap.

Uštipci go splendidly with meza (local meat and cheese charcuterie boards or tapas), or you can smear them with loads of kajmak, ajvar or jam.

They range in size and shape, so it’s best to inquire about these details before putting in your order as you may fill up on uštipci and kajmak before your main dish arrives.

Local tip: some places sell uštipci made with buckwheat flour, but I’m yet to taste some that are as good as the regular kind.

Bosnian pita is a delicacy you’ve probably heard of before.

And even though it’s on every ‘what to eat in Bosnia,’ list, such reputation deserves a place on ours as well.

Pita (not to be confused with pita bread) is a pie made out of phyllo dough that’s stuffed with vegetables, meats or a combination of both.

Thin phyllo dough painted with butter and stuffed with copious amounts of filling and then baked, makes for a flaky and succulent dish you’ll have a hard time forgetting.

Each pita in Bosnia has a name based on its stuffing.

Sirnica, for example, is a pie filled with cheese (‘sir’ means cheese), while krompiruša is a potato pie (‘krompir’ meaning potato).

Burek is the meat pita, and meat pie only.

Sometimes burek can be a source of confusion, as in nearby countries such as Croatia and Serbia burek is used synonymously for all kinds of pita.

However, if you order “burek with cheese” or something similar in Bosnia and Herzegovina, the response will be anything from annoying looks to being asked to leave the establishment.

Local tip: never buy pita from a bakery as they often buy frozen pita and bake it. Even if they make pita in house, bakeries skimp on stuffing and use too much oil.

Instead, look for places with ‘buregdžinica’ in the name, as those are specialty pita eateries.

If you are visiting Bosnia in late spring or early summer, your thirst will be best quenched with a big glass of home brewed zova.

Zova is a cordial (non-alcoholic sweet juice) made from elderberry tree flowers.

This drink perfectly bridges the zone between water and heavier juices.

It’s refreshing and sugary, but not so sweet to leave you thirsty in its aftermath.

It has an unusual, distinct taste, but most people who try zova like it right away.

It’s best consumed after a good piece of baklava or another dessert.

Local tip: as locals are wary of consuming cold drinks, if you like your beverages on the chilly side make sure to mention that while ordering.

For those of you who like something stronger that’s still on the sweet side, višnjevača is the way to go.

Višnjevača is a liqueur made by fermenting sour cherries and sugar in local type of brandy called rakija.

You’ve probably heard of šljivovica, aka plum brandy, which is the most famous type of regional rakija.

Cherries and sugar are placed in a large jar, submerged in rakija, and then left in the sun for about six weeks.

They require minimal supervision, save for stirring a few times during fermentation.

The result is a thick, sweet, crimson red liquid you can’t get enough of.

Regardless, don’t consume more than 2 or 3 small cups of sour cherry liqueur in one sitting lest you end up very drunk, very soon.

Višnjevača is made to be consumed slowly, and in smaller quantities.

Local tip: although you can find great višnjevača in most places that sell different rakijas, the best kind is always the kind made by locals. So if you make some friends make sure to ask if they have some home brewed višnjevača.

Bon appetit, or as we in Bosnia say, “Prijatno!” 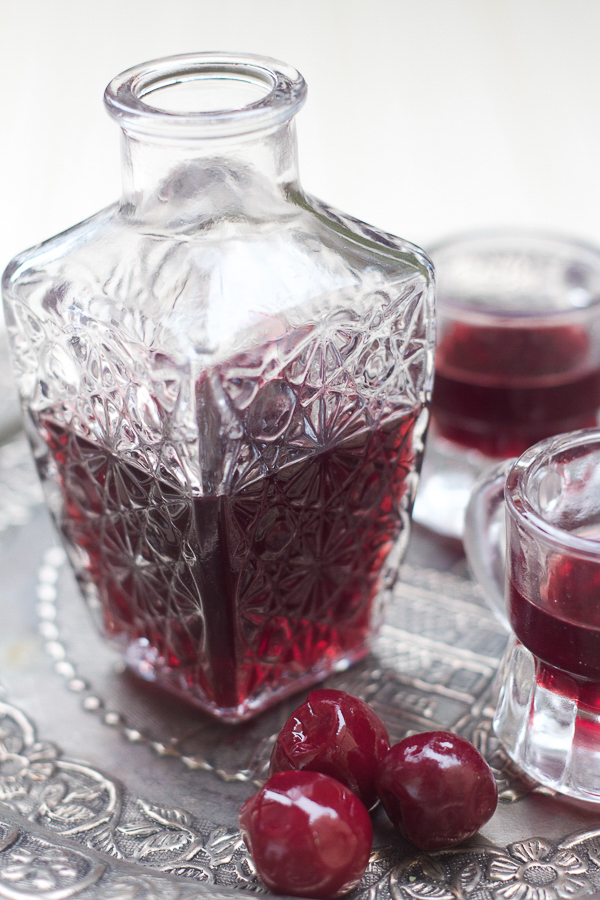