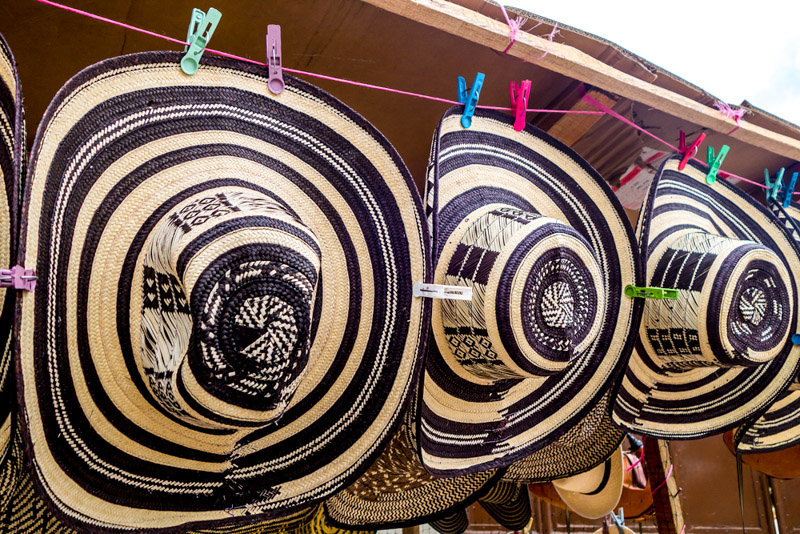 For me (Dane from Holiday from Where guest posting to fill in Gemma and Craig’s Colombia travel gaps), Barranquilla was the full Colombian experience; beauty, danger, dancing, tropical beaches, the incredible culture of the Colombian people, and not to forget the buzzing El Carnaval de Barranquilla.

Why You Shouldn’t Miss Barranquilla
(like Gemma and Craig)

It was completely by chance that I was in Barranquilla in February, which meant one thing – Barranquilla’s Carnival. I was travelling solo and not really paying that much attention to big dates on the Colombian calendar when I arrived the day before Batalla de Flores (the opening day). Since it was what everyone was talking about, I was looking forward to experiencing it for myself. The entire city was full of festivities from the moment I stepped off the bus – bright colours, loud music, dancing, and drinking.

Although all of these things are very ingrained in Colombian culture already they are on another level in the run-up to Barranquilla’s Carnival. When I awoke the next day the party was already well underway. Traditionally Carnaval de Barranquilla lasts for four days (February 6th -9th), four days of non-stop 24 hours partying on a level I had never seen before. Truly one of the most vibrant things to do in Colombia.

As you make your way through the streets you hear yelling, loud music, dancing, and see so many costumes and smiles all around. On arrival at the main arena, you can expect a quick pat down by security then you are in. It took no time at all before I was grabbed by a Colombian family who asked me to go with them to meet their friends and watch the carnival with them.

I took my seat in the stand and from then on it was just a constant string of colour. It is one of the first things that hits you about El Carnaval de Barranquilla, the extravagance. It is so unbelievable; the effort that they have gone to. The costumes and floats are so elaborate you can only wonder how many hours are spent dressing one another and putting makeup on not to mention the making of the costumes in the first place.

The family wanted to tell me the entire history of the carnival, like how it started in the 19th century and that it the second biggest carnival in South America, after the Rio Carnival. We also attempted a few other things that I think got lost in translation. Then they offered me something to drink, I have not drunk since 2001 when I was a teenager.

However, when a local family offers you local rum out of a leather sack at one of the biggest parties in the world there is not really any grounds to refuse. One hit was enough though as it almost knocked my head off! After a few hours watching the non-stop line of floats, costumes, and dancing I decided it was time to eat, I said my goodbyes with the customary kisses and left.

When Barranquilla is Not Safe

Walking alone in Barranquilla is when I was reminded of where I was and despite the festivities, there is always the element of danger surrounding you in South America. I was never directly touched by this but I saw it on a number of occasions. As I was walking down the street behind the stands I heard yelling I turned around and looked and less than 5 meters away a man had another man against the wall by the throat and had a gun to his head. I should have just put my head down and kept walking but sometimes curiosity just gets the best of you and me just kind of stood there watching, no idea what I was expecting to see.

The aggressor had a few guys with him standing just behind him and when one of them locked eyes with me for more than a couple of seconds in a less than gracious or festive manner I realised it was my time to leave so I just put my head down and walked off.

I never heard a loud bang so I made the assumption it was all OK but it was a swift reminder to stay a little more vigilant than I otherwise had been. The day ended with no other incidents except the fact that my cheeks hurt from smiling so much, my throat was in pain from talking too loudly, and I was a little dehydrated. The laughter and mood of the people are so infectious, I think it is almost impossible to let anything ruin the day.

Overall it was a mind-blowing experience and one I will probably never forget. 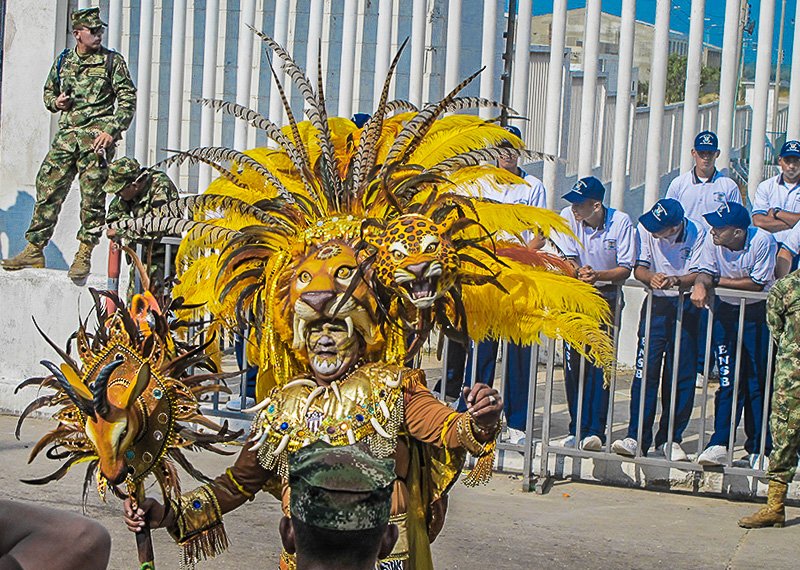 Other Things to do in Barranquilla

Now I am sure there is more to Barranquilla than just carnival but with this kind of party going on in every street in the city other attractions pale a little in comparison, however, I did manage to explore and some of the highlights were as follows:

I winged accommodation and considering the fact it was carnival I think I got extremely lucky to find something at the first hostel I went to. I am still a little dumbfounded on how this happened but it did. The hostel was The Meeting Point Hostel which is in the centre of Barranquilla.

Many visitors actually fly into Ernesto Cortissoz International Airport which is in the south of the city then take a taxi or bus into town. Buses run from Cartagena, Santa Marta (every hour) and Medellín. Private air-conditioned door to door pick up is also available for around £73 (2.5 hours) from Cartagena. Gemma and Craig took a private shuttle from Santa Marta to Cartagena for ease and to save time.

Barranquilla is in close proximity to Parque Nacional Natural Tayrona / Tayrona National Park, which has stunning secluded beaches through a jungle (arrive by bus from Barranquilla).

There is camping in the jungle, just a short walk from the water. It is not accessible by car so it means it remains mostly untouched by mass tourism. Warning, Tayrona National Park’s security would not let me take my surfboard in which was somewhat heartbreaking. But despite this, it is also an extremely high recommendation for things to do around Barranquilla.

Many thanks to Dane for writing this article on Barranquilla for us. As always we aim to give you the full story and since we only had 3.5 weeks to backpack around Colombia we had to be selective in our choice of destinations. It’s so encouraging to read yet another positive post about our favourite South American country to date, has it piqued an interest?

Have you been to Barranquilla?
Would you like to go?