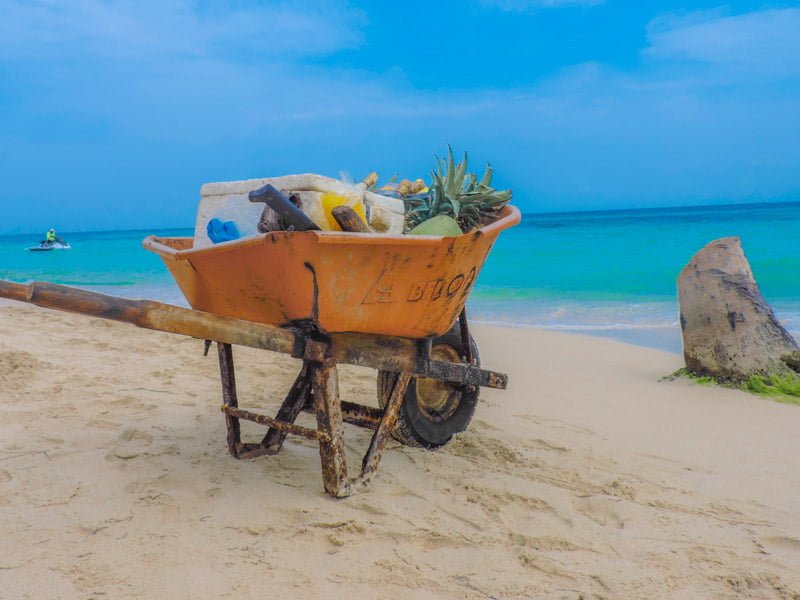 Did you know that it rains most days in Bogotá, Colombia’s capital? I know, total bummer when you arrive in Colombia expecting tropical weather. Regardless of the dull weather and grey buildings, Bogota is actually a pretty colourful city. One of the coolest things to do in Bogotá is to check out the street art, some serious talent in those Rolos! We flew from La Paz, Bolivia to Bogotá and stayed for three nights before heading to the Caribbean coast via an internal flight to Santa Marta. We also left for Havana, Cuba from Bogotá.

Santa Marta is the seaside town base for the Caribbean Coast! The beachfront town is popular with locals, tourists, and backpackers alike. The majority of buses to Colombia’s most visited destinations leave from Santa Marta so a trip to Colombia will most likely see a night or two in Santa Marta.

Just over one-hour bus journey from Santa Marta you’ll find surfing and yoga by the sea at Costeño Beach. Party at night and relax in a hammock by day while listening to the waves (they were wickedly powerful when we visited) roll.

Tayrona Park or Parque Nacional Natural Tayrona as the locals would say is one of the most popular tourist attractions in Colombia but don’t let this put you off. It is a favourite for a reason – the beaches, hikes, and monkeys are absolutely breathtaking. The national park is in the north of Colombia, on the same bus route as Costeño Beach (before it).

Just over two hours away by bus from Tayrona National Park, you will reach the beautiful city of Barranquilla. Barranquilla is famous for hosting the second biggest carnival in South America (after the Rio’s Carnival in Brazil of course), El Carnaval de Barranquilla. From February 6th -9th, this four – day fiesta displays Colombia’s traditional past in an explosion of colour, music, and alcohol! Barranquilla is also worth a visit outside of February. Popular things to do include visiting Saint Nicholas’ Church, the cultural centre at Customs House Square, and the Italian designed Maria Reina Metropolitan Cathedral. For more things to do in Barranquilla and full details of the carnival check out our guest post:

Grab a tube, some beers, and float down the river into the sea at Palomino.

OK so you’ve now experienced cities, beaches, and camping – it’s about time you expose yourself to mountain life and that’s where Minca comes in. Tucked away 14 km from Santa Marta in the Sierra Nevada mountains, Minca is the epitome of the Spanish word ‘tranquilo’ – yes, you guessed (maybe not…), calm, relaxed, laid – back. Expect slow walks to waterfalls, drinking free coffee, and accommodation in a treehouse!

On the northern coast of Colombia, you’ll find the colourful city of Cartagena. Cartagena is a lovely city to wander around. Its port, fort, and some of its monuments are actually UNESCO World Heritage Site protected. Take a bike tour and find out where Hollywood films were made, hit the busy yet beautiful beach, Playa Blanca, and definitely do not miss the volcano filled with mud, a relaxing yet surreal day trips from Cartagena.

Popayán is one of Colombia’s lesser-known cities but shouldn’t go ignored considering it is one of UNESCO’s Creative Cities of Gastronomy making it an attractive stopover city when travelling to or from Medellin.

Medellin, is located in north-central Colombia and is an ideal city to visit all year round as it’s always warm! The coolest things to do in Medellin include riding the metrocable / cable car and taking the Real City Walking Tour to find out more about Colombia and cocaine – past and present. Say hi to Pablo (the tour guide, not Escobar) for us when visiting the City of Eternal Spring.

Like the hard stuff? Coffee that is! If so, Salento is your go-to. Salento is a sleepy town which makes up one part of the coffee triangle in Colombia. Expect to meets cows and friendly stray dogs on the way to the fincas. Salento is also home to Cocora Valley, really tall trees! 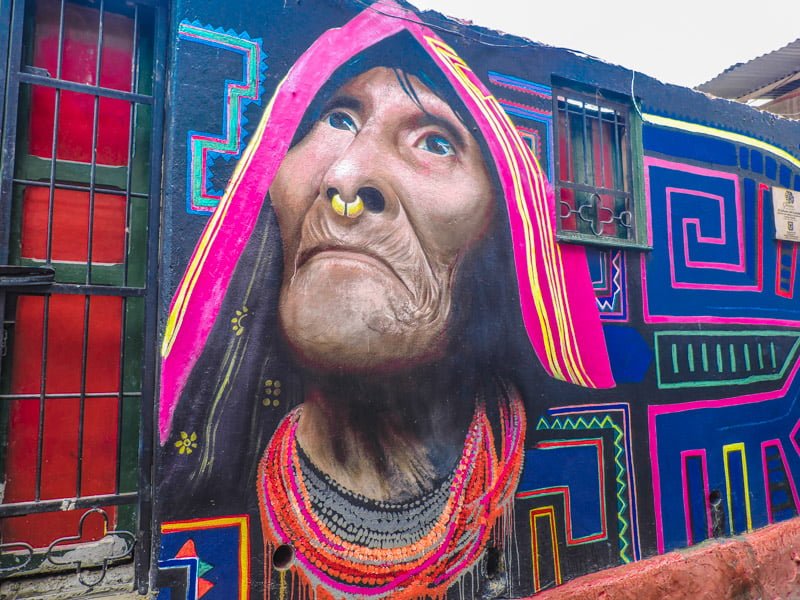 HOW MUCH DOES COLOMBIA COST?

Colombian peso is the currency used in Colombia, for best rates see here. ATMs are widely available in the cities (not at Tayrona National Park or in Minca or Costeño) and credit cards were accepted in Bogotá, Medellin, Cartagena, and Santa Marta.

Tipping in Colombia is not essential but appreciated.

Not everyone speaks English in South America although you can get by easily with survival Spanish – tips on how to learn Spanish, easily

Hostels in Colombia are a common part of travel – read about the good, the bad, and the funny 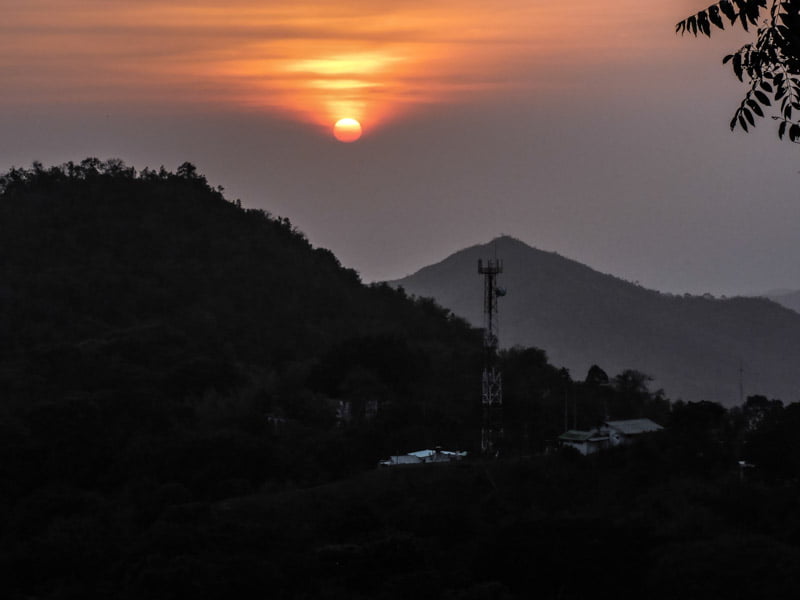 I’m Colombian and nothing will change that.