A month ago I had a dream that Craig proposed to me in space. For those that have been following our travels, you’ll know by Craig’s bright tattoo sleeve that he is eh, a little bit more than obsessed with space! So much so that he has four planets, stars, nebulas and a quasar, inked on his body (that tattoo was a great hit with the men in Hanoi, Vietnam!) It was our three year anniversary on September 8th so proposals must have been subliminally at the back of my mind, creeping into my dreams.

You’ll also know that I love Hallowe’en. We are both big fans of fancy dress and to many (most) of our friends’ annoyance, if we throw a party, dress up is mandatory! In the past three years we’ve transformed into a unicorn, a pop art cartoon character, The Joker, Mia Wallace and Vince Vega (Pulp Fiction), Rosie The Riveter, Tate Langdon (American Horror Story), The Relektor Man (Arcade Fire), Frida Kahlo and my personal favourite, Macho Man Randy Savage, and the First Lady of Wrestling, Miss Elizabeth (for Craig’s 30th).

On Saturday 31st of October 2015, seven months into our 17 month long – term travel trip, Craig had organised for us to see a show at the H.R MacMillan Space Centre. We laid back and listened to Jonathan explain about the solar system, it really was a cool show. Once the auditorium emptied, Craig got down on one knee and said,

‘you know how you had that dream –

will you marry me?’

I remember covering my face and asking if this was real, then laughing nervously (this lasted for about an hour!) I said yes, and he tried to put the ring on the wrong hand but got there. The ring fitted! That’s actually no surprise because it had been attached to my backpack for months.

Months back in Cuba, Craig fashioned a ring out of a paper straw cover and advised me, jokingly, that if I managed not to lose the ring, I might get an upgrade. I was true to my word and looked after the slowly disintegrating paper ring. Craig had obviously decided I had passed the test, and upgraded me to… a straw cover of the plastic variety! Now I don’t know if you know much about Vancouver but it rains a lot, so this ring is not only cheap but also very practical. The funny (for us) part of the story is, Craig couldn’t actually find the ring that morning. He eventually tracked it down, attached to my backpack. Nothing like Craig to leave things to the last minute and come out smelling like roses! That boy has the midas touch!

After the Vancouver engagement, we left the space centre to cheers from the staff (thank you!) and wandered up to 4th Street. Craig says I kept making strange noises, I blame the nervous laughter! We grabbed a celebratory drink (Jerkface for Craig, Sangria for me) and lunch (couldn’t eat it, I felt sick with excitement / nerves) and called my best friend, Helen, to update her on the news. She said she was ‘over the moon’ and didn’t even mean the pun. We had a quick squint on 4th for jewellery shops to check out some rings but nothing was pulling us in so we swung by the off license to get stocked up for the Hallowe’en celebrations, then called the family.

We spoke to my parents and Craig’s Mum. I then managed to get my brother, Scott, on the line and his initial response ‘oh, can I hug Craig, put him on!’ This was pretty much the response from all of the men in my family; they adore Craig, and seem pretty happy to pass me off on to him! Craig struggled to get through to his brother, Kyle (coming over in two weeks, woo!), he woke up to fifteen missed calls and texts so naturally thought something was wrong. I didn’t manage to get my grandparents until the Sunday, and my aunty Tricia was impossible to reach but we got there in the end and then we could make it official – posted a status update on Facebook!

Plans had been set to party with our Scottish friends, Karen and Craig. We decided not to tell them until they arrived. I had this grand plan of playing it cool but then blurted it out as soon as they were in the door. Lee and Francesca (from West Trek) swung by with wine and impressive homemade cards. We drank and listened to music then headed to Commercial Drive for a very strange night in the Legion.

Will you get a ring?
I actually have a beautiful engagement ring at home, which was left to me by my lovely Great Aunt Edith in her will. We are not going to get Kyle to bring it out to us, it holds too much sentimental value and we’d be distraught if we lost it or it was stolen over the last nine months of our travels. The plan is to get a temporary keepsake ring; I like the idea of getting one from a local designer. Then it’ll be a cute reminder of our Vancouver engagement.

Have you set a date?
No plans yet. <—- update: we eloped in Austin on month 12th after the music festival South By Southwest

Big or Small Wedding?
Small, far too cheap to spend £25K on a day, that’s more than we saved for this career break!

Will you get married in a church?
Never

Will you take Craig’s surname?
Yes, I’ll be Gemma Armit (which will be weird for the students back at school!) I do love my name, Orrock, but Scott can carry that on *laughing tears emoticon* So, I too, can endure years of being referred to as Armpit or Gemmarmit, which my friend Ruairidh has emailed to ask if that’s acceptable!

What next?
We’re in Vancouver until January. We move to another apartment in Mount Pleasant at the end of this month, it’ll be cool to see another neighbourhood over the Christmas and New Year period. We cross the border over to Seattle and Portland in January and then fly to Orlando to meet Mickey, and our friend Pete in Miami. We’ll spend February in Nicaragua, then back up to Austin for our second visit to the music festival SXSW! After a quick stopover in New York (looking forward to seeing my friend, Lee, who I did the West Highland Way trek with), we fly to Oslo but not to stop, just to get closer to Germany where we’ll meet my folks! Our European plan is to make our way down to Croatia and Slovenia before meeting Craig’s family in Spain for a week long triple celebration – his aunty Ange’s 50th, his brother, Kyle’s 30th and now the Two Scots engagement! 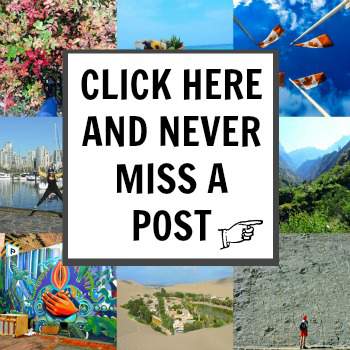 Oh, PS – we got hitched in Austin!

29 thoughts on “A Vancouver Engagement”